Yuja Wang has, in spite of her young age, already acquired mega star status. The broadcast with Wang playing Rachmaninoff's third piano concerto together with the excellent Staatskapelle Dresden was recorded at the Verbier festival last summer. It was another stellar performance by Wang, with a relaxed audience enjoying every minute in the beautiful open air setting.


What the television director could have spared viewers, was the attention given to Miss Wang's dresses and high heeled shoes, which were featured several times. She is of course a joy also to look at, but highlighting that side easily distracts from the music.

The other pianist appearing on ARTE last night was the young Austrian Ingold Wunder, who won the second prize and several special prizes at the 2010 Warsaw International Chopin Competition. It was the first time I had a chance to see and hear Wunder in action - and he did not disappoint. One does not often hear a young musician display the style and refinement that characterized Wunder's recital, recorded at the Festspielhaus in Baden-Baden last summer.

Chopin's Ballade Nr.1 and Mozart's "Linz" sonata were my own favorites among the varied works Wunder had chosen to play. One of the encores, Arcadi Volodos' concert paraphrase on Mozart's "Rondo alla turca", gave Wunder a chance to display his technical brilliance.

Televising concerts is not an easy task. Very often the directors choose a much too restless approach, with cameras continuously zooming and panning. This time the director Harald Lettfuss had stricken the right balance, which focused on the music and the way Wunder reacted to his own playing.

What a joy it was to follow how the change of mood was reflected in the pianist's facial expressions! 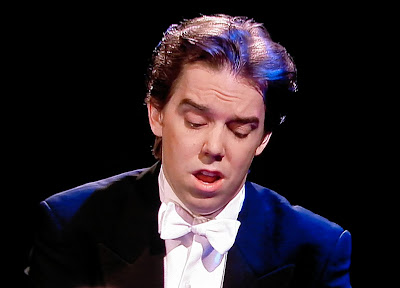 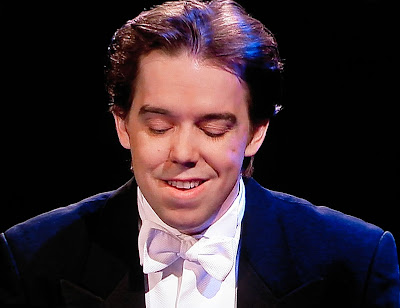 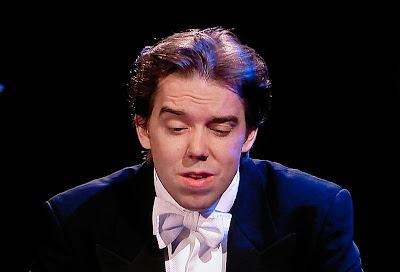